We are Phil Long Safe. See our COVID-19 notice.

Get an Estimate & Appointment

In the State of Colorado, it is your legal right to have your vehicle repaired by the Phil Long Collision Center. 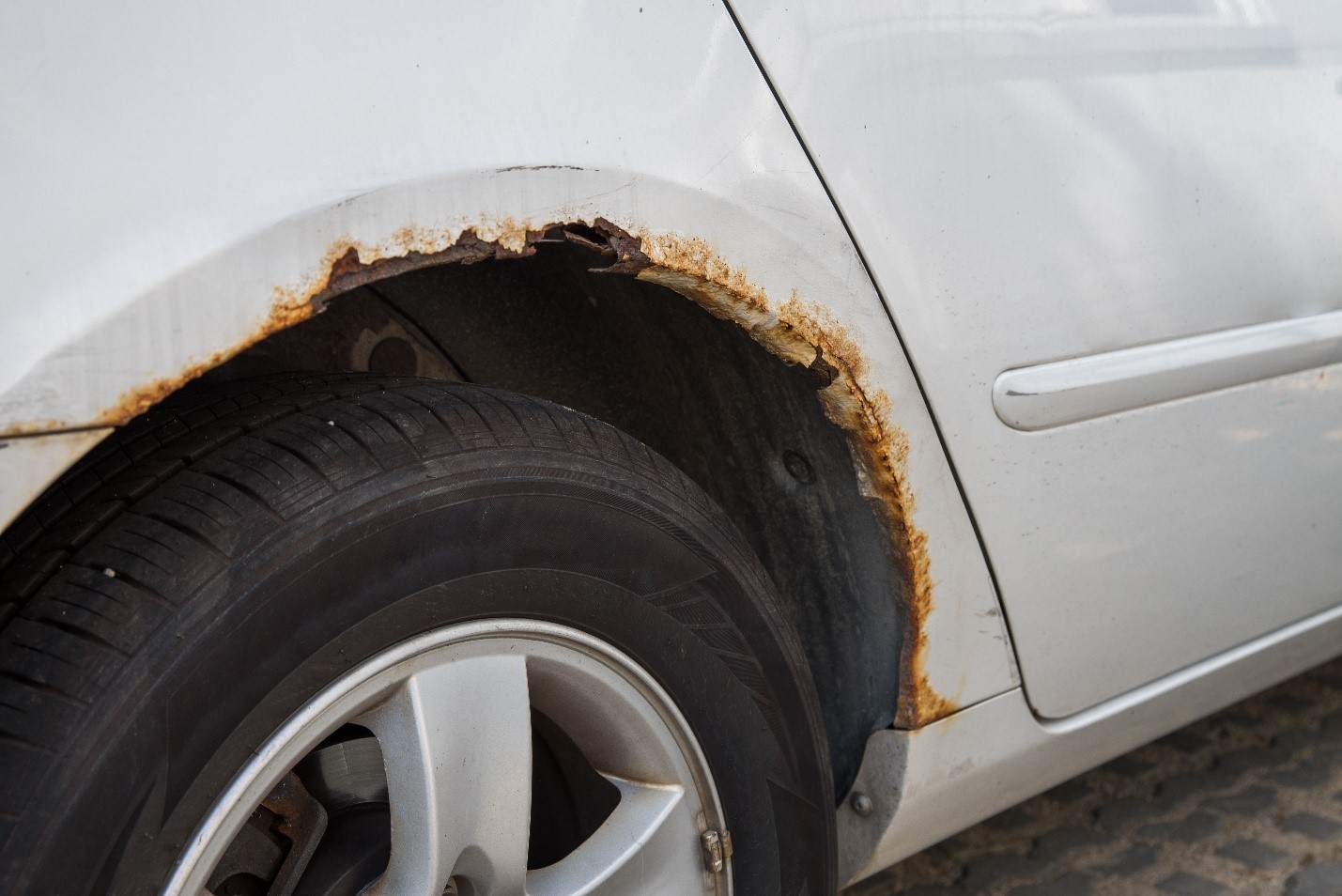 If your car is suffering from rust, you want to have it repaired before it damages your vehicle's value. Thankfully, the experts at Phil Long Collision Center know how to repair car rust with ease. Let's look closer at the various types of car rust you might encounter and the appropriate repairs.

We repair all types of car rust. There are some minor cases that you might be able to repair at home, but the majority should be performed by a professional.

Surface rust affects the top layer of the car’s paint. It appears in chips and nicks in the protective paint coating. To repair this automotive rust, you don’t need a lot of effort. Treat it and apply automotive paint for minor touch-ups.

Scale rust happens once surface rust has been ignored. The corrosion pits the metal itself, leading to damage to the body panels. If it has affected the metal’s integrity, the process of fixing becomes more complicated.

Penetrating rust creates holes in automotive metal. This is the most advanced stage of rust and will require complete replacement of the affected areas.

The cost to repair car rust in Colorado Springs depends on the extent of damage and the vehicle you drive. Here are a few estimates, but a consultation will be needed to provide a quote.

Even with small parts needing to be replaced, you are looking at spending a good deal of money. Expect the cost to start around $100 and move upwards.

As the project gets larger, so does the price. You are looking at $200 and more, depending on what parts are needed.

On the higher end of the spectrum, you can spend several thousands of dollars on repairing large portions of the vehicle that need to be replaced.

At Phil Long Collision Center, we have the experience you need to ensure a job well done. Whether you want to prevent automotive rust or talk to us about car rust repair in Colorado Springs, we are ready to assist. Schedule your consultation today. Our trained staff works on every make and model and ensures the job is done right the first time.

At Phil Long Collision Center in Colorado Springs, we care about our reputation. That’s why we always give the best service we can to all our customers.

That’s also why we invite you to leave a review of your experience at our center and let the world know what you thought about it. Please visit one of our review sites below to leave a review for our collision center!